Use the code “base4stands” at checkout for a 40% discount on every Base 4 Stands Mic-Tree until February 15, 2023. Start Shopping → 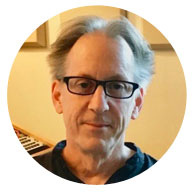 “Base 4 has made vast improvements on an item that has really needed it for decades. The ruggedness and balance of their stands is superb, and the mechanisms are heavy-duty and positive-locking. I never worry that their stand will slip or that a mic will hit the ground. Plus, I can mic my entire drum kit with just two stands… Way less clutter on the studio floor.” – Pete Keppler Music Producer, Grammy Nominated Audio Engineer, Mixer, Musician – David Byrne, David Bowie, Bonnie Raitt, Patti Smith, Katy Perry, Nine Inch Nails, Elvis Costello 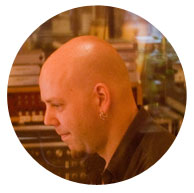 “These stands rule!! I have the snare top, bottom, hat and talkback all on one base with 4 adjustable arms.  The Jam Nut is a tremendous feature making quick adjustments simple. These stands are light weight and yet feel as sturdy as any stands I’ve ever owned – the arms don’t droop, which allows me to trust them with the heaviest vintage ribbon mics I own.” – Ken Rich Owner, Grand Street Recording (Brooklyn, NY) Grammy Nominated Engineer, Producer, Mixer & Bassist

“They make the workflow and visual of mic’ing drums much more elegant, while saving space in the booth. My favorite part is that I can move the whole thing back out of the way, let the drummer get all set up without any mics, and then just move the whole thing right back into place, making a couple of little adjustments. It’s fun!” – Danny Blume Owner, Hidden Quarry Studio (Woodstock, NY) Grammy Award winning, Engineer, Producer and musician – Kid Creole and the Coconuts, Iggy Pop, The Lounge Lizards, Medeski, Martin and Wood

“Anybody who has mic’ed drums knows that it can take a lot of stands. I had ten in my drum room around a four piece rock kit and when I saw these at NAMM 2021 I knew I had to have them. I can use two Base 4 stands to cover my entire kit, saving a ton of space. They are super sturdy and you can configure them to do pretty much anything.” – DeLaVanta Tabor Grammy and Emmy nominated, Billboard Charting Audio Engineer, owner @HydrateEntertainment